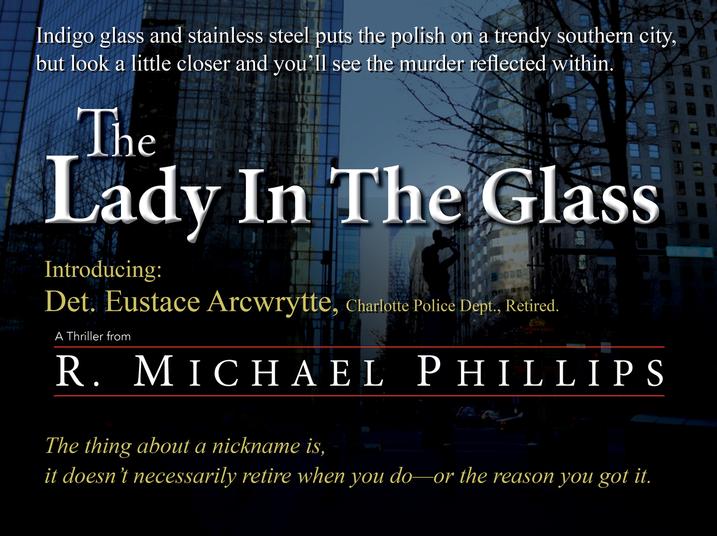 The Lady In The Glass

Eustace “Stacy” Arcwrytte spent the better part of high school protecting weaker classmates by standing up to the local bully, “Hick” Redmond. Twenty-five years later it’s Detective Arcwrytte and Captain Redmond of the Charlotte Police Department, but some things never change. When Arcwrytte steps in to protect a young detective’s career he quickly learns rubbing Hick’s face in the dirt now has dire consequences, not to mention salting a couple old wounds.

Simmering at a low boil over retirement—his only choice to avoid a bogus prosecution—Stacy reluctantly agrees to help an old partner off-book with what he shrugs off as a simple missing person case. The case becomes personal when a small wooden coffin shows up with the name of the victim and the nickname Hick gave Stacy years ago inscribed on the lid. It gets real personal when a second coffin shows up. The closer Stacy gets to the connection between victims, the blurrier the line between friend and foe becomes. Stacy can deal with an old lover with a secret and a discarded felon reappearing for payback. He can deal with Hick and the growing number of people who would join Hick in line to attend his funeral. But what’s keeping him up at night is the connection between the person trying to kill him, an attractive though irritating reporter, and a family having the same funeral twice a month for a year.

Oh yeah, about that nickname. Coffin Maker is how Hick refers to Arcwrytte. It's an obscure Welsh translation of Arcwrytte. Stacy hates it just a little bit more every time it hits the front page.
​